Sensing and Imaging for Healthcare

Modern healthcare has been transformed by technology; from X-rays and MRI to cancer screening and personal monitoring. The healthcare of tomorrow needs to further advance these existing technologies while providing new imaging systems for health and life science.

At QuantIC we are developing new optical cameras that could replace modern-day MRI and endoscopy equipment. In the field of microscopy we are looking at cameras that can detect subtle differences in tissue and other biological materials advancing tumor detection.

More speculative work is seeking to detect single photons at a range of different wavelengths, allowing the efficacy of certain optical cancer treatments to be optimised with minimal side effects.

Discover how researchers at the University of Glasgow are imaging through the body.

IMAGING THROUGH THE BODY

Traditional methods for imaging inside the body or the human brain require expensive and/or invasive techniques (e.g. fMRI, PET). Functional near infra-red spectroscopy is an optical technique that promises to solve these limitations.

At QuantIC researchers are combining single-photon detection with precise time resolution and machine learning techniques to image through highly diffusive media such as tissue.

Results so far show that images can be recovered through many 10’s mm of highly-scattering, tissue-like material obtaining mm resolution of buried objects. Our goal is to achieve MRI-like image quality using tissue simulations showing that it might be possible to non-invasively image the outer 10s mm of the brain.

Traditional endoscopes are based on bundles of many thousands of optical fibres, one fibre for every pixel in the image.

A less intrusive endoscope could be based on a single-fibre the width of a human hair. However, when an image is transmitted along a single-fibre, cross-talk between modes, scrambles the light to make the image unrecognisable.

At QuantIC we are making single fibre endoscopes possible. Using advanced computing, beam shaping, and photon timing allows a 3D image to be extracted from this noise.  Such systems would be much less intrusive to imaging inside the human body.

Usually when trying to characterise transmission through complex media, e.g. turbid water, one analyses the transmitted light. However, in many cases the complex media can only be accessed from one side.

We are examining how media can be characterised from the back-scattered light alone, meaning that the transmitted light can be controlled (e.g. focussed onto a buried object) using only the backscatter information.

Such approaches would transform many imaging systems ranging from the single-fibre endoscope under development in QuantIC to the reconstruction of hidden complex objects in biological tissue.

These photon pairs act as probe and reference where every probe photon in the image is authenticated using its correlated (entangled) reference. Results so far have shown that even when the background light has the same wavelength, polarisation, and statistics of the pair source it can be ≈99% eliminated from the image using the photon pair information to distinguish real photon events from the noise.

This type of image may have applications in ultra-low light conditions or when the outputs from different imaging system need to be distinguished/encoded from each other. This technology will greatly enhance the functionality of medical microscopes.

Even the most stable classical light source is subject to intensity fluctuations that arise fundamentally from its particle-like (photon) nature. These fluctuations are called shot noise which in any one image pixel corresponds to the square root of the number of photons detected. For ultra-low light images where the number of photons per pixel can be typically a single digit in resulting noise is comparable to the signal itself.

In QuantIC phase one we developed a family of light sources where the photons were created in pairs, correlated in time and wavelength, where one of the photons can be the probe and the other the reference. Through QuantIC, these photon-pair sources are now commercially available and the thrust of the second phase is to use them within imaging applications.

Using this photon-pair, probe-reference, approach it is possible to scan an illumination beam over a sample and use the measured reference to negate the photon-by-photon shot noise. In work to date we have shown several dB of improvement beyond the classical limit and the suppression of sensor noise.

Key to many quantum systems are sources of light that produce entangled pairs of photons. Usually, these photons are created using non-linear crystals which convert photons from a laser into photon pairs of longer wavelengths. But the range of wavelengths possible are restricted by the properties of crystals that can be grown.

As a new demonstrator in QuantIC phase two, we are using arrays of nanostructures that can be designed to create a broader range of wavelengths to produce entangled photons at precise wavelengths in the infra-red, or longer, for specific sensing requirements. Beyond being a pivot component in quantum optics, even as a classical source this approach might yield sources of light of unparalleled brightness for bio-sensing applications.

Hyperspectral bioimaging could provide in-depth analysis of tissue such as cancerous tumours.

Traditional cameras include a sensor chip comprising an array of pixels, each of which measures the number of photons that strike the sensor at that particular position. Instead a SPAD measures not the number of photons but rather the time at which the first photon arrives. If the object is illuminated with a pulse of light then the arrival time of the first photon corresponds to the distance to that pixel – giving a 3D image.

Building upon the work in QuantIC phase one, contributions that we are making to the field include increasing the detection efficiency from <10% to ≈ 60%, improving the timing resolution (≈30ps -> depth resolution ≈5mm) and increasing the number of pixels in the image (256x256).

These cameras can measure the arrival time of every photon, allowing it to build up a 3D image of a scene or, measure the fluorescence of chemical markers in biological sciences.

QuantIC researchers are making these photon detectors more accessible by developing compact fridges so that they can be widely deployed in imaging trials with QuantIC partners. This work is being undertaken in conjunction with the Quantum Communications Hub. Detectors of this kind can be used in the monitoring of Photodynamic therapy and can be integrated into quantum microscopy systems. 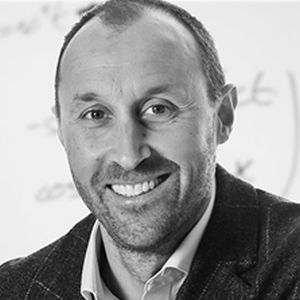 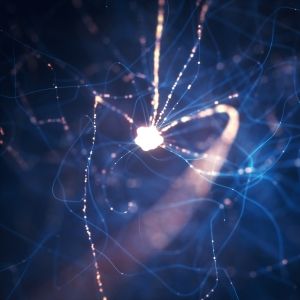 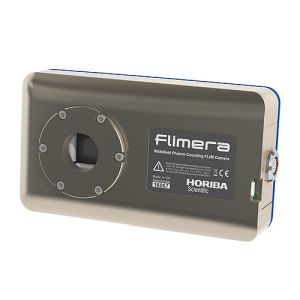 Discuss how sensors and imaging in Healthcare could have an impact on your business or academic research.