Can you imagine having a camera the size of your phone that enables you to see through the human body?

GP’s and paramedics could diagnose for fractures, head injuries, and strokes on the spot or carry out basic autism testing and alzheimer checks.  Freeing up costly fMRI’s to be used for more complex body imaging.

This is the end goal for QuantIC co-investigator, Professor Daniele Faccio and his Extreme Light group, based at the University of Glasgow.

Their quantum imaging research is based on a light-in-flight technique which makes imaging round corners and through walls possible.  The human body is just a wall for a physicist and one which Professor Faccio’s team is determined to penetrate. While there are limitless possible applications for cheap, portable imaging within the human body, Prof Faccio sees exciting potential in the area of brain imaging. 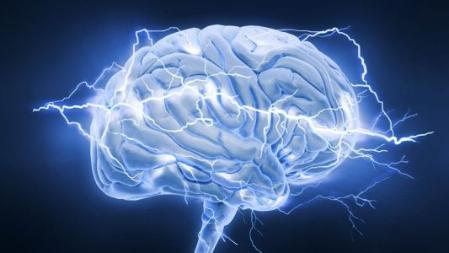 Where's the edge of science and our knowledge at the moment? Where is it that we're blocked and we don't know where to go? "We’re at a complete loss with the human brain. We don't really know how it works. That's the reality. I find that fascinating." says Professor Faccio.

So how is this possible with quantum imaging and sensing?

Light, of course, is the fundamental component of imaging. The exposure of light to a photosensitive material or sensor creates an image. Light is made up of particles known as photons and these photons propagate through a vacuum at just under 300 million metres per second.

The ability to capture light in flight relies on cameras that have a frame rate of a trillion frames-per-second. It also relies on computational techniques that can reconstruct meaningful images from the collection of an extremely small amount of light.

These technologies rely on detectors that collect a single photon at a time and this technique is called Time Correlated Single Photon Counting. An initial laser pulse sets the timer going on the camera, when resultant photons reach the sensor, the time they took to get there is recorded.

Crucially, this technology relies on the ability of the camera to give a very precise timing for the arriving photons. You not only have information of where the light is arriving on the other side but most importantly when it arrives.  Computational techniques can then unravel the image using that information.

Conventional digital cameras have evolved over recent years by adding more capacity to the imaging sensor – you were getting more and more megapixels. This is now changing as new types of cameras combine advanced computational techniques with a variety of imaging sensors. Now fewer and fewer pixels are needed, as machine learning and artificial intelligence can construct images out of this more restricted but more varied data, even to the ultimate point of single pixel and single photon imaging.

“When you go through a diffusive material such as the human brain or an opaque wall, light is propagating through the object. Think of heat: if you take a metal bar and you heat it at one end, it will slowly, gradually, start to heat up as the heat moves along the bar. Essentially the heat is diffusing.

“Light in an opaque material does the same thing. It doesn't go in straight lines anymore. The equations for light are exactly the same as those heat propagation equations. The light is diffusing outwards in all directions.

“You can imagine the light as it is propagating. The photons hit your target object and then diffuse around it and come out again. When you capture the light on the other side of the object, you don't actually see any direct evidence that the object was there. Using your ‘trillion frames per second’ camera, you can measure the timing information of how long the photons took to arrive.

“By combining the spatial and timing information with some advanced computational processing, you can reconstruct the shape of the object that gave you this timing pattern.”